The making of a hybrid portrait

What is a hybrid portrait?

A hybrid portrait is the combining of still photos and short video clips. The result is a short, concise video piece that can be shared via web video link, to social media, or downloaded directly to your mobile device or computer.

Don’t confuse hybrid videos with fusion videos. Fusion requires much more time spent in editing and they are treated more like big commercial video shoots. Hybrid is simple enough for any beginner!

You have probably noticed, less and less people are printing their photos. Some of you are printing selected wall art pieces at specialty labs. High end large format canvases and metal prints are stunning! I have done a few myself.

But in reality most of us (and our clients) are sharing our photos on social media. Facebook is the world’s largest photo album. Pro photographers are using Instagram. And now, nearly all the social media sharing sites have video options too. And every camera these days, has video capture capabilities.

Hybrid photography is perfect for social sharing, because the resulting file is a video.

This is my latest hybrid portrait. It’s of a nearly 80 year-old biker named Lois. I had wanted to photograph Lois for a long time and finally got the courage to ask her!

To do this I shot jpgs and videos using Manual exposure settings on my camera.

Here’s my process for this shoot

I spent an afternoon developing my colour recipe. Yes, it’s a recipe even if you shoot black and white. I approached this like I used to approach things in the darkroom, by making a ring-around.

I grabbed a friend, put her in a leather jacket, got her to sit outside, and shot video and photo tests using different Monochrome settings on the Lumix GH3.

I was looking for warm rich blacks and smooth skin tone.

Then I went to LR and looked at all the photos and video clips. But, I wasn’t quite there! Back outside with my friend in the leather jacket I went, to push the testing further.

In the end I came up with a recipe that worked for me. It was high contrast with deep blacks, and slightly warm toned. Not sepia, just a hint of warmth. She was after, still a biker. If I had been working with a male biker, I would have made my recipe slightly cold toned.

The warm tone reminded me a bit of certain photo papers and toners we used to work with in the darkroom. I was always mixing up recipes for toned prints. 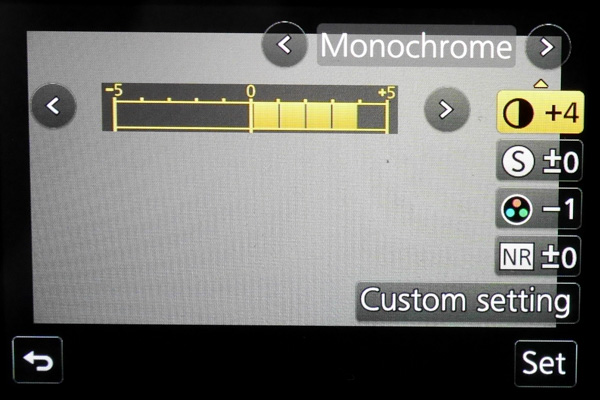 My final Monochrome recipe was:

I spent a lot of time looking for the right place to shoot this portrait. I wanted a location with a bit of charm and character. I started in my favourite parts of Calgary – the neighbourhoods of Inglewood and Ramsay. I found a couple of suitable spots.

I had a small window of time and daylight to work with – after standard work hours and before sunset – because I was shooting in locations where people worked during the day. That gave me about 2 hours for two locations.

The first location ended up being too bright and too dusty. And it was gravelly. Gravel and bikes do not mix. So we didn’t stay there long.

The second location was perfect and the sun was low enough that most of it was in shade. So the light was even.

With creative portrait shoots like this, I make a shot list, but I rarely plan out the final piece. Mostly because I don’t know how it’s going to go on the day of the shoot.

When I work with people, I tell them my ideas at the start of the shoot. I ask what they are comfortable with in terms of poses and locations – and in this case, we had a 450 pound motorcycle to deal with. That’s not easy for two small women to manoeuvre in tight spaces and on gravel. So safety was a big part of this shoot too.

All my tests were done when there was a smokey haze in the air from nearby forest fires. But on shoot day it was bright and clear.

Because of the drastic change in the quality of light, I took the contrast settings in my recipe down to +3 instead of +4 because I didn’t want to lose highlight detail. 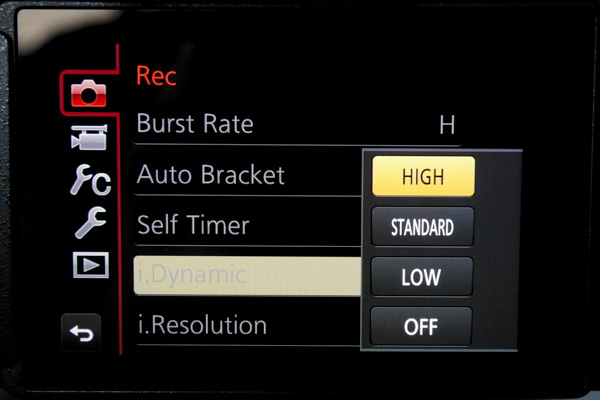 Video Settings on the GH3 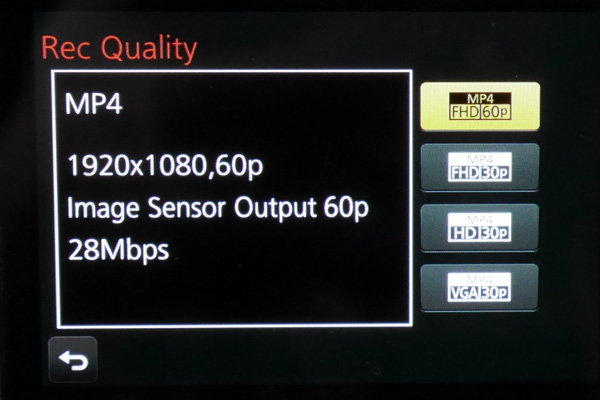 I never even opened the raw files. When you shoot raw + jpg, the raw files are full colour. I didn’t want to deal with the image processing. My original goal was to shoot and go directly to the video editing stage.

I imported the images and movie clips to LR for sorting. I chose about 25 images. I exported jpgs from LR at the size I needed for my video, which in this case was 1280 x 720. Same crop ratio as the video.

I found my sound track on YouTube’s Audio Library. I tried to find a music piece that was appropriate for the style of photos as well as for Lois’ personality. I’m really happy with the choice I made.

I got the sound effect of the motorcycle from Final Cut Pro.

I edited the piece in Final Cut Pro because I wanted control over how the the music synced with the images. I could have also used ProShow Web, which is what I recommend to photographer just learning hybrid video. I use ProShow Web for events where the timing of music and photos is not critical.

The resulting hybrid video was uploaded to Facebook, both on my business page and my personal profile. I uploaded it to YouTube as well. It was viewed over 1000 times in the first 24 hours and was shared by over 30 people.

If you are a portrait, wedding or event photographer, you need to get into some form of video output. Maybe you already have. Maybe you’ve found it a steep learning curve, time consuming and not your thing.

But there are really easy ways to get started using video, and that is by creating hybrid videos. They take minimal editing and even an inexperience photographer, can produce great looking results. Here’s another example.

If you have any questions about my process of creating these kinds of hybrid videos, please post them in the comments, or find me on Facebook.