When is the last time you used symmetry in your photo compositions?

In art, design and photography it is common practice to use the rule of thirds in our compositions. The rule of thirds is derived from the Golden Ratio which has historical roots in painting and graphic arts and also exists in many natural forms. Basically the rule of third says: Avoid placing your subject in the middle of the frame. Place it on the side, top, or bottom third instead. As a result of this, symmetrical compositions are often avoided and are thought of as unsophisticated and simple.

From the landscapes to the architecture, symmetry is everywhere in the Netherlands including this house and the outbuildings.

Symmetry is unavoidable in the Netherlands

I used to avoid symmetrical compositions myself, until my recent trip to the Netherlands. There I discovered that not only is symmetry common, it’s rather expected.

I first became aware of the influence of symmetry in the architecture of Amsterdam while visiting Museum Geelvinck, a former canal house. On the house tour, the guide told us that many of the rooms were constructed and decorated symmetrically. They even went so far as to add fake doors in walls so that the rooms would appear balanced. The ceilings were symmetrical and even the gardens were created symmetrically. It was beautiful and restful. Here are some example photos. 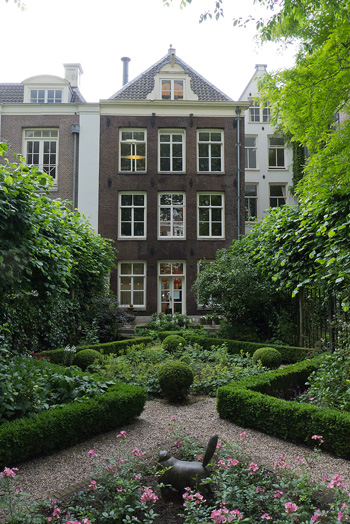 Gardens are built symmetrically at the Geelvinck 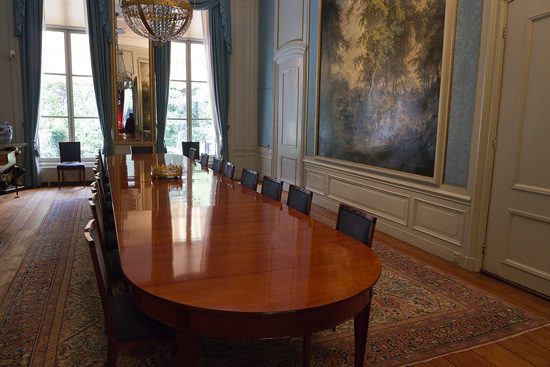 Rooms in the Geelvinck have fake doors so they remain balanced. Look on both sides of the painting that’s hanging on the wall for evidence. 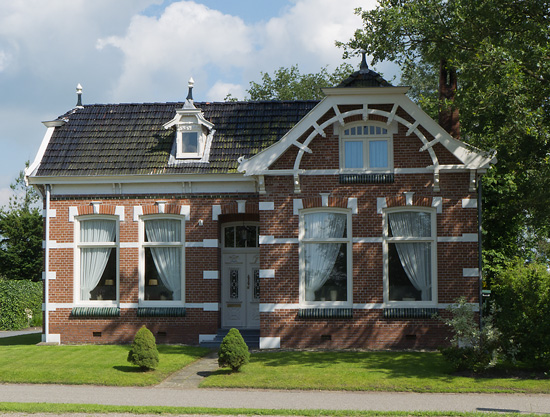 Even in the provinces, symmetry is everywhere. This house is not symmetrical, but all its parts are, including the window coverings.

Of course once you start thinking about something you can’t stop thinking about it and your mind becomes totally tuned into it. That was the case with me on this trip.

When I got home I became acutely aware of the lack of symmetry in my surroundings and in my city. I notice how we build contorted oddly shaped buildings now instead and we rarely see modern architecture that is symmetrical. In the case of Amsterdam though, all of the 400+ year old canal houses are built on poles. If they were not so symmetrical, they’d probably tip, and many of them do! 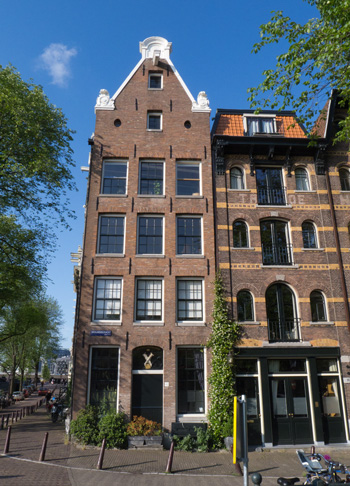 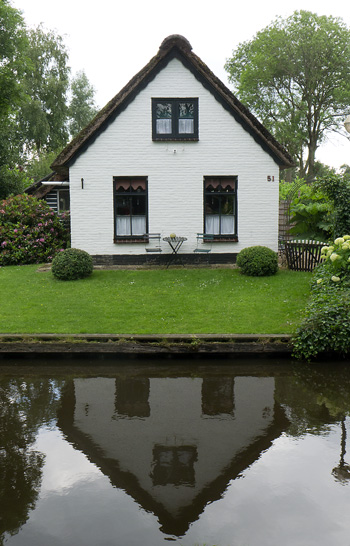 There’s nothing wrong with taking a symmetrical composition 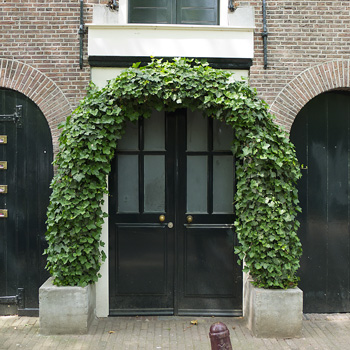 Much of the symmetry of the original buildings still exists today

I’ve never been much of a designer myself, but I have always been drawn to symmetrical things. Maybe that’s my Dutch heritage and upbringing. Over the years I’ve trained myself to create rule of thirds based compositions, but I shall think twice before avoiding symmetry in the future.

What do you think?

Is symmetry something you use in your photographic compositions?