Photoshop Elements is the consumer version of Photoshop, but don’t let that fool you. It’s packed with great photo editing features, and now with the newest versions, V12 and V13, it’s got something that LR and Photoshop have too.

Watch the video to learn more.

If you like to use the camera raw sliders to adjust your photos, you can now do so whether you shoot jpgs or raw.

That’s pretty cool, because as you probably know, it’s a lot more intuitive to use sliders than it is to mess with colour corrections in curves and exposure adjustments in the levels tool, at least for me. I never found those tools very good to begin with and they’ve been around since the earliest versions of Photoshop.

Should you upgrade to a newer version of Elements? 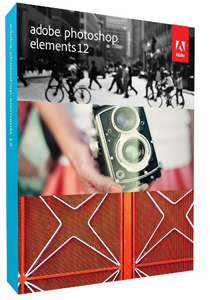 If you have Version 11 and you are happy with it, then stick with it. In fact versions 9 and 10 are also very similar to version 12, with the exception of the raw sliders. They changed in version 11.

But, if you just got a new camera and you like to shoot raw files, and earlier versions of Elements don’t open those raw files, then YES, upgrade to Version 15. In fact your raw files probably won’t open unless you do.

Important! Make sure you check the computer operating system requirements first, as it does require a later version of both Windows and Mac OS. No use updating software only to learn that your computer is too old to run it.

Edit your photos in the camera

Pre-processing is the new Raw