Event photography: Take better candids at your client’s next event

This article covers what to do when shooting people at events and parties, and some advice for introverts who take party pictures. All of these tips work for wedding receptions too.

If you’re looking for a good event photography lens, watch the video above.

A lot of people don’t like having their picture taken, especially at a business or fund raising function. They are deep in conversations, they are networking, and they don’t want to be disturbed. More than once I’ve gotten the evil glare of someone that meant, “Don’t even think about it!” 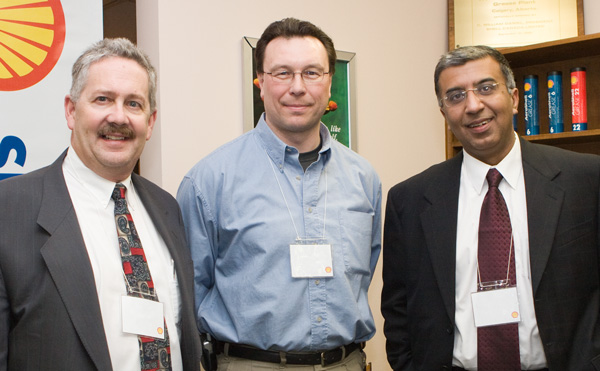 Groups of two or three people standing works well. In this shot a bounce flash was used, which also softens the harsh light from the flash and eliminates red eye.

I chat people up, and tell them I won’t take much of their time if they just give me a quick pose and a smile. I tell them I’m giving them a chance to look their best. If they protest, I tell them I’ve been hired for the event and that the photos will be used for company purposes only. People may want to know who you are and who you represent, as there may be media photographers covering the same event as you.


Approach people in a friendly and business-like way and they usually can’t say no. Most people do not want to seem impolite. In the case of a family reunion or wedding, people are usually a little more willing to be photographed. You can have a bit more fun with the shy ones at a non-business event too. 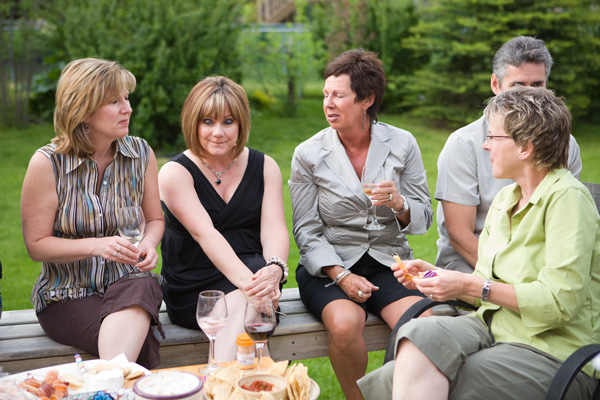 When you act as a voyeur and just grab shots of people talking or eating, you don’t get the best results. In this case it would have been better to say “hey ladies, how about a little smile for the camera”

Don’t be a voyeur

Engaging people this way is better than just snatching photos with a long lens of people standing around talking. That’s what usually raises eyebrows and gets you stern looks. Act professionally, and you’ll get hired again.

Shots of large rooms of people really don’t tell much. It’s much more interesting to go up and meet people, have a quick chat and then take a shot or two. 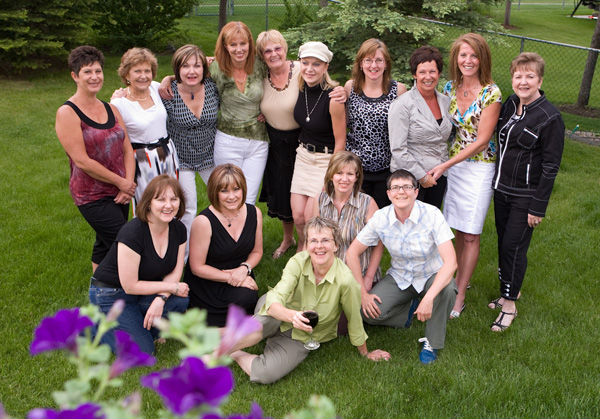 When you shoot groups, try to set people at different levels so they aren’t all standing in a row.

Sometimes you get asked to do large group shots at parties. Group shots are one of the hardest things to organize and shoot, especially indoors with limited lighting and when people are in party mode.

Here’s what I shoot with at parties and events:

Even introverts can be party photographers

Getting good event candids is fun and easy if done right, and you can make some good money at it too. I’m an introvert, so it took me a bit of practice to just go up and talk to people. But one thing I’ve learned, is that people usually like to talk about cameras and that’s something I can speak easily about.

The camera also acts like a crutch or a friend, and when there is nothing else to do you can always adjust the dials and make yourself look like you are doing something highly technical and important.

On some cameras in Program mode, the shutter speed the camera chooses is too slow for hand holding and too slow for your subjects too. Even though a flash was used in this shot, the ambient light takes over the scene.

Practice event photography at your next family event

I started taking event photos when I was a teenager at my family reunions. I had a huge extended family that lived on the other side of the country from me. I wanted to remember all my cousins and aunts and uncles, so I started shooting the reunions. It was great practice. Years later when my grandparents had their 60th wedding anniversary, they specifically asked me to take the party photos and all the group shots too.

Next up: Sharing and showing