Lumix G9 Burst Modes – Everything you need to know

The Lumix G9 burst modes will help you capture even the fastest moving subjects at their decisive moment.

Video 1 – Setting up the Burst Modes of the Lumix G9

In this video I show you how to set up the various burst modes and give you examples of pictures taken using burst mode.

This video is a follow up to the one above.

In the video cover:

The Lumix G9 is capable of shooting large jpgs and also raw files in the Super High Speed Burst modes. Yes, you heard that right. There are some limitations of course, but they are easy to work around.

With large sizes and ultra high burst modes, you’re sure to fill up your memory card fast! Now I know why they included two memory card slots in this camera!

There are also burst mode charts in the hard copy of the owner’s manual that comes with the camera. In my English version that’s on page 48 and 114.

Let’s look at the numbers in the chart 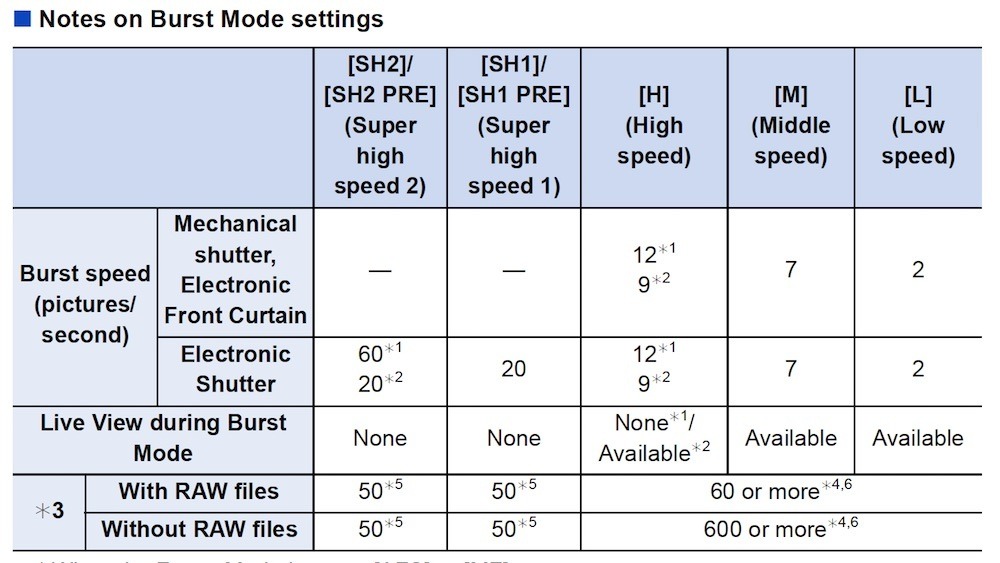 Seeing the numbers is one thing, but how do these burst modes translate to your photography practice?

Using the SHI and SH2 Burst modes of the Lumix G9 adds a whole new dimension to your action photography. Personally I love them!

Don’t take my word for it, test the Lumix G9 Burst Modes for yourself.

As usual I highly recommend testing them out for yourself before doing an important shoot. You want to compare things like focus, image distortion and downloading time.